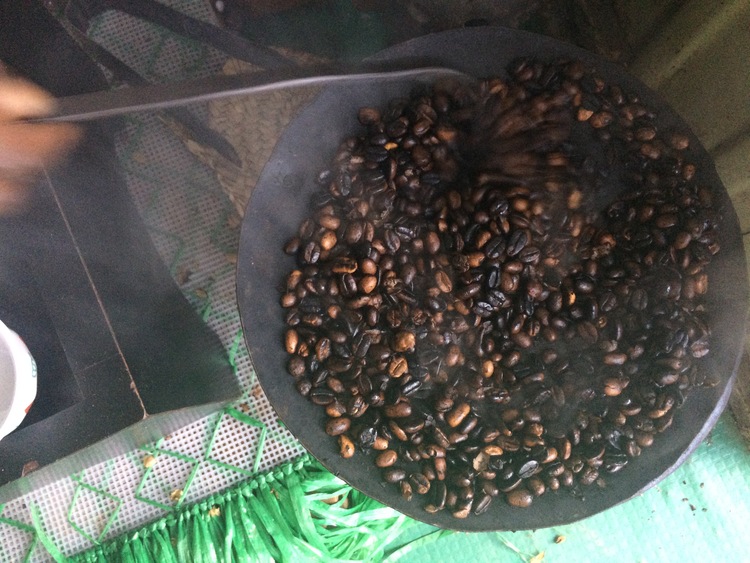 In celebration of a panel of coffee experts voting Ethiopia as the best coffee producing country in the world, we decided it was time to write up a blog on the sacrosanct, majestic Ethiopian coffee ceremony.

Coffee ceremonies are a wonderful, culturally rich tradition that Ethiopians take great pride in. Coffee is the backbone of the export economy (in 2013 Ethiopia exported 6.6 million bags* of coffee) and is an integral part of their cultural and social life. Ethiopia is known as the birthplace of coffee and its Arabica coffee is renowned around the world for its superior quality and bold flavors.

Coffee ceremonies are performed for special occasions and are a most-welcomed escape from the hustle and bustle of daily life in Addis. Invitations to a coffee ceremony are a sign of deep respect and friendship. As a visitor to Ethiopia, it’s a must see, but be prepared, ceremonies can take three hours and you are encouraged to keep up with the locals and drink three cups. And no, there is no decaf!

The ceremony starts with lighting charcoals and roasting the green coffee. The coffee is roasted on flat metal pan the size of a plate directly over the charcoals.

The beans are constantly moved so that they are roasted evenly. This process allows the aromatic oils to express themselves.

Traditionally, a woman in Ethiopian dress performs the ceremony. After the green coffee has been roasted it is presented to everyone in the room to smell the freshly roasted beans. Accompanying the smoky smells of the coffee beans and the burning charcoal, is a healthy amount of frankincense. The frankincense is said to have healing powers that can chase away evil spirits.

The freshly roasted coffee is now taken back into the kitchen to be ground by hand, old school style, with a mortar and pestle. Once ground, it is ready to be brewed. A healthy amount of ground coffee is added to the jebena (clay coffee pot) – about 10 ounces of coffee per espresso size serving.

The jebena is filled with the water and is placed over the coals and brought to a boil. Care is to be given so that the coffee does not boil over. This is no easy task; the coffee has to be watched carefully. It requires perfectly fanning the charcoals, lifting the jebena when it gets too hot and keeping the coffee at a boil without overflowing, all while keeping composure in front of a crowd.

After brewing the coffee at a roiling boil for 3-4 minutes, the jebena is removed from the heat and placed on a small wicker stand.

The magic of the jebena is in its design. It is ergonomically crafted so that after the jebena sits for 5 minutes, letting the grounds settle to the bottom. The coffee is then patiently poured into small, ubiquitous Chinese coffee cups, used in every coffee ceremony in the country.

The ceremony has three rounds, the first is called the abol, the second the tona and the third the baraka. The baraka is the symbolic final blessing. And yes, you guessed right, along with being blessed you’ll also be bouncing off the walls for the next few hours, caffeinated to the gills!

At each round the strength of the coffee becomes weaker, as the same grounds are reused, adding only a few additional spoonfuls of fresh grounds for the tona and the baraka. Enjoy it! It’s a treat and a glimpse of a time honored Ethiopian tradition.

This tradition is such a part of the culture that the coffee ceremony is now available on almost every city block in a shortened version, of course. See our blog about jebena bet coffee houses here.