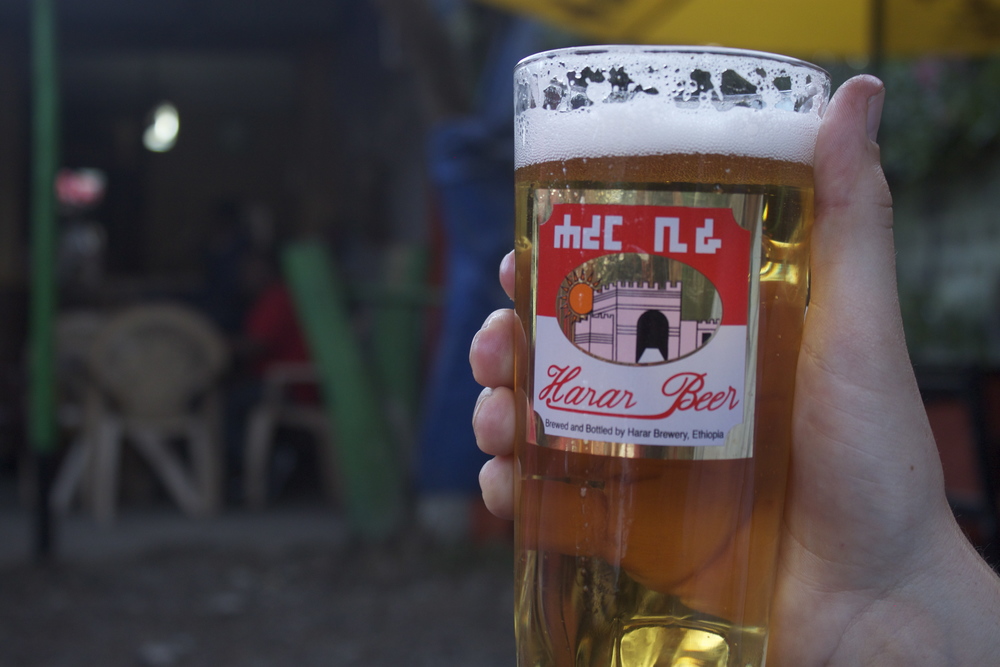 In terms of beer, Ethiopia is rich. We have a number of locally made beers, draft beer is widely available, and now, the beer wars are upon us, involving major international players, with both Heineken and Diageo entering the market.

The economics of the new international presence is clear and the opportunity is obvious: Ethiopia is one of the 20 biggest countries in the world with a population north of 85 million and growing; Ethiopia’s per capita beer consumption ranks very low at an average of 4 liters per year, compared to 12 liters in neighboring Kenya, 59 liters in South Africa and the thirsty German’s at 107 liters per year! Furthermore, moderate consumption of beer (and other types of alcohol) is accepted by society; and, GDP is growing quickly. There is money to be made, and establishing one’s beers as the best, has long-term implications.

Note: we at AddisEats are doing our part to stimulate the Ethiopian beer market, frequently drinking 4 liters each on a sunny Saturday afternoon.

What’s resulted is that the beer companies are in an all out beer war. Each company has invested in loads of advertising, new product development, sponsorships to help win over additional market share and the occasional free beer! Bars in town are plastered with one of the major companies logos and glassware.

The good news is that the beer wars are creating a favorable market for the consumer, something few of us are complaining about. The only ones complaining may be the employees or investors of St. George’s beer, the once absolute favorite who is now losing market share to newer beers.

Historically, St. George’s Beer Company, established in 1922, has dominated the market. To date, St. George’s still does dominate the market, at roughly half of the total market share, but the landscape is changing. Heineken bought out Bedele (at the time 10% of the market) and Diageo owns Meta Abo (roughly 15%-20% of the current market). Locally owned Dashen holds 13% and Harar 11% (PDF). Previously, distribution of beers outside of the St. George’s’ brand, was unreliable and spotty. Beer is appreciated by all of Ethiopia’s citizens.

As one travels across the country, you’ll notice that certain parts of Ethiopia are loyal to different brands. In the south, Bedele is prevalent. Up north you’ll find a lot of Dashen. In Addis, George’s is dominant but you can easily find every other brand.

Already this year, two new beers have hit the market: St. George’s Amber and Malta (a non-alcoholic beer owned by Guinness). And there are more to come.